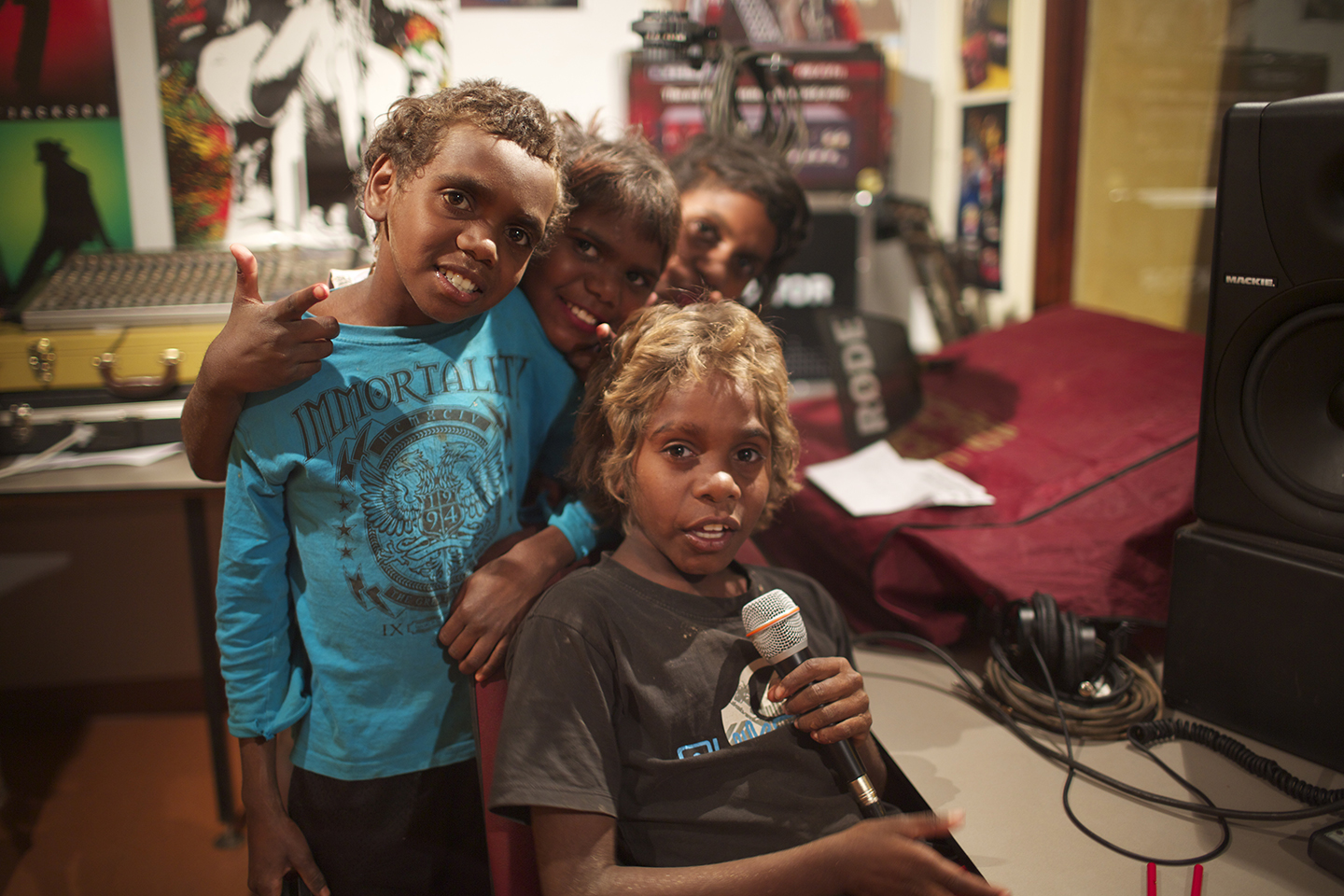 Primary students from Warburton School travelled to Wingellina this week to experience and have a go at the range of media equipment and activities used by NG Media.  This included making recordings for use on Radio NGM as well as broadcasting their own program on air, writing and performing their own rap to a hip hop beat, and using still and video photography to record portraits of each other.

Students were divided into groups with each group participated in all the activities.

Staff and students all had a blast.  And so did we!

(NG Media has received funding from the Indigenous Advancement Strategy of the Department of Prime Minister and Cabinet to conduct a training project in the local Ngaanyatjarra schools.  The project aims to deliver training in both radio and film and has a number of outcomes - keeping kids engaged with school activities and wanting to come, giving them opportuniites to have a go at producing media that tells their stories and hopefully uncovering and nurturing the next generation of radio announcers and film producers - some of whom could work for NG Media in the future.)