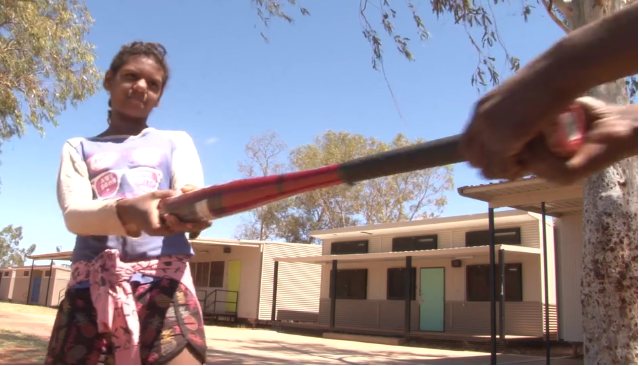 In October last year, a group of students from the older primary class at Warburton school worked together with the NG Media team to devise and shoot their own short film called "Tug of War!".  It tells the story of Belle and Lily whose friendship turns to a tug of war over everything. Can their other friends intervene and get these two back together?

You can see the finished film for yourself here: http://filmtv.ngmedia.org.au/player/#!/film/tug-of-war

The film was made as part of a project funded by the Commonwealth Department of Prime Minister and Cabinet through the Children and Schooling stream of the Indigenous Advancement Strategy.