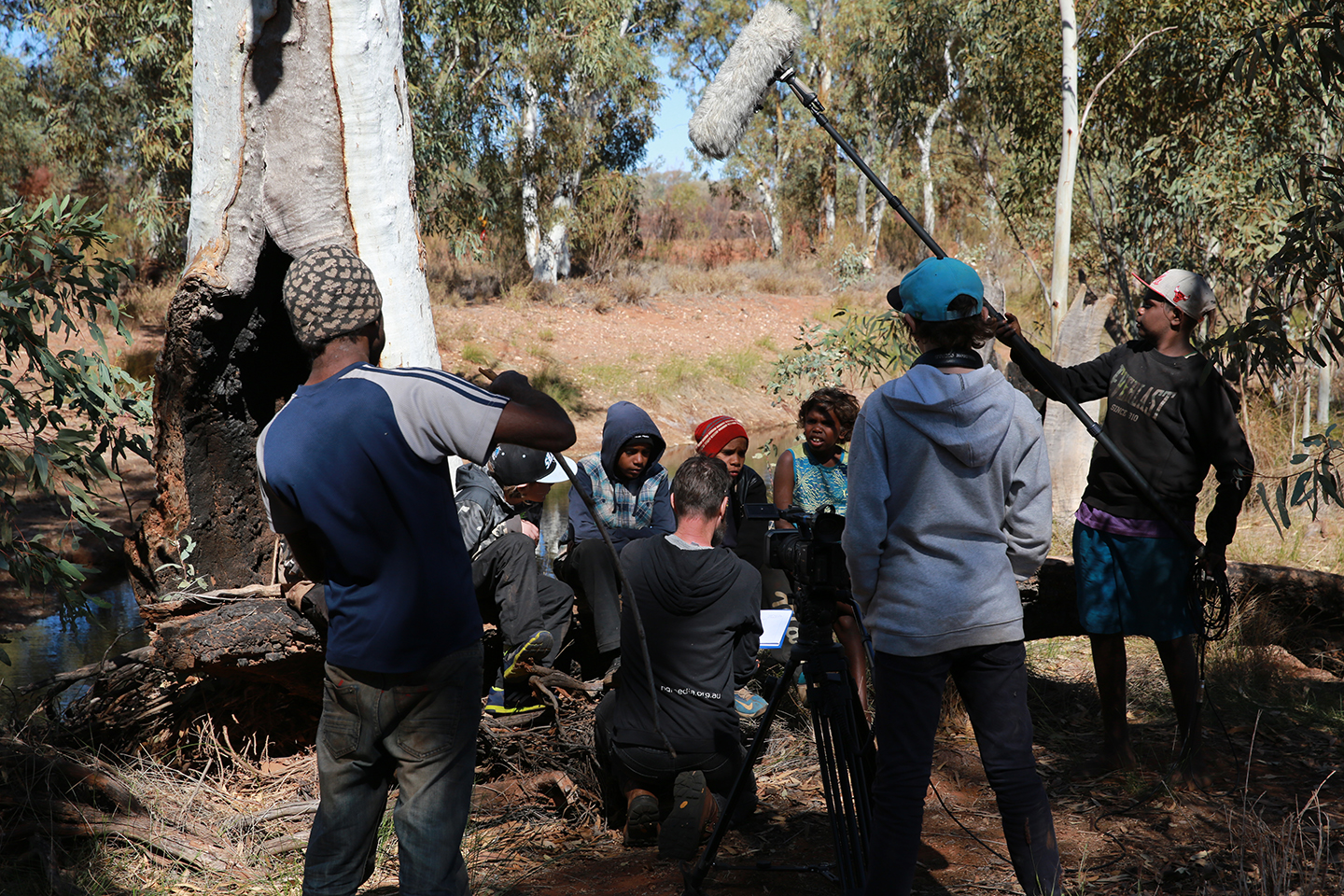 NG Media has received funding from the Indigenous Advancement Strategy of the Department of Prime Minister and Cabinet to conduct a training project in the local Ngaanyatjarra schools.  The project aims to deliver training in both film-making and radio and has a number of outcomes - keeping kids engaged with school activities and wanting to come, giving them opportuniites to have a go at producing media that tells their stories and hopefully uncovering and nurturing the next generation of film producers and radio announcers - some of whom could work for NG Media in the future.

Last week a number of the boys from the High School at Warburton worked with a film-maker from NG Media to write and shoot their own script.  Combining mysterious happenings with the 'ordinary stuff' that the boys do on their weekend and on Monday morning at school, their story shows some of what they know from traditional culture and skills and what they have learned from school.

Thanks to Reece, Kyashton, James and Keiren and to Paul Bulley.

Look out for the premiere at the Desert Dustup Festival in Warburton in September!

Additional funding for this project has been received from the Community Broadcasting Foundation and all films will be broadcast on ICTV.