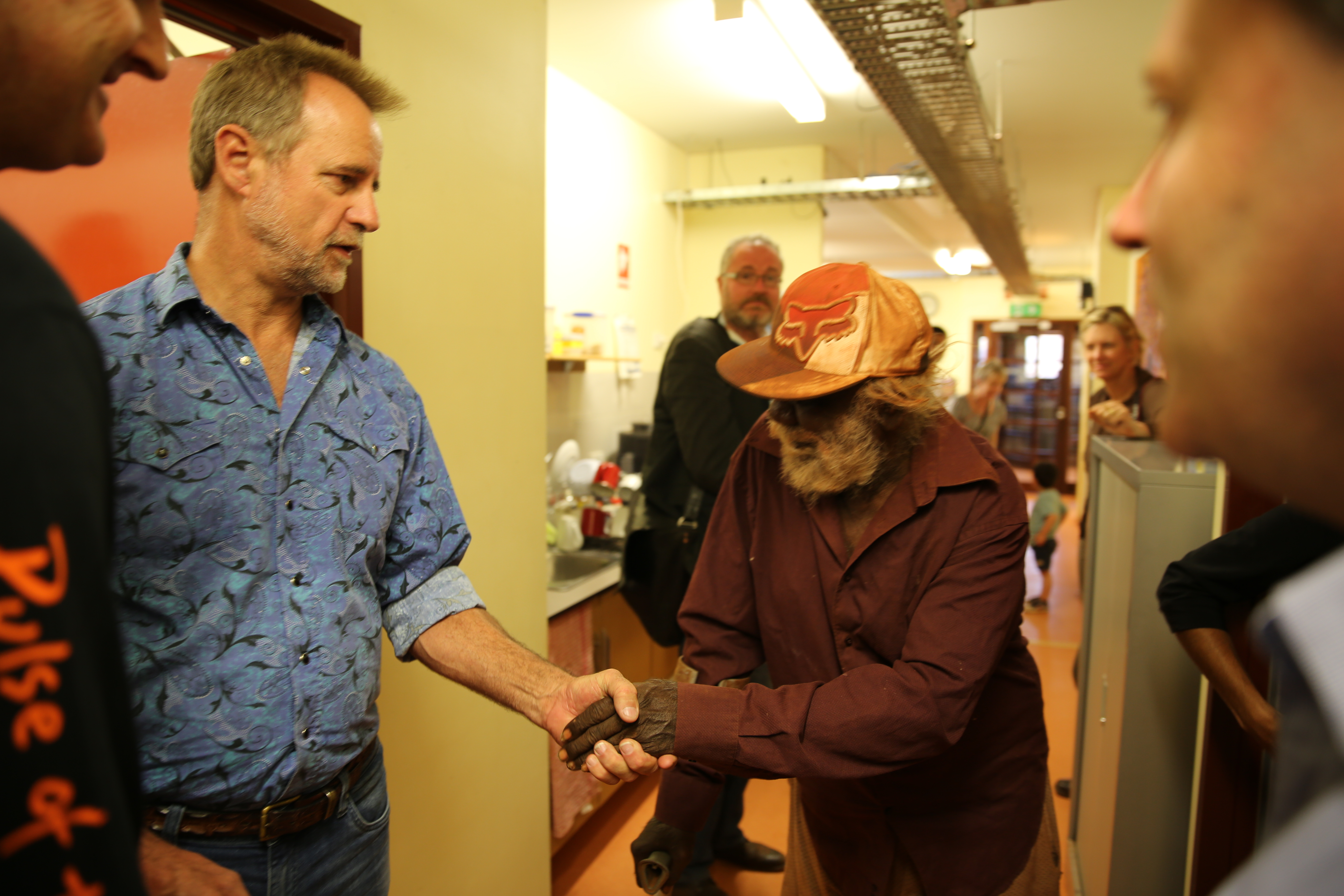 Senator Nigel Scullion, Federal Minister for Indigenous Affairs, and Rick Wilson MP, Federal member for the seat of O'Connor, visited the NG Media centre in Irrunytju as part of a two day visit to the Ngaanyatjarra lands.  While here, they heard from staff members about NG Media's role in media centres, radio, film and music and spoke with Nyukuti Watson in a radio interview.  A highlight of the visit were the words of Senator Scullion conveying his thanks to Noeli Roberts for Noeli's achievements in bringing what is now NG Media to life and contributing so much to the creation of media and training on the Ng Lands over the last couple of decades, and as always, the radio interview.  You can listen to the podcast of Nyukuti's interview with Senator Scullion and the Hon Rick Wilson by going to our Featured Podcasts page on this website.