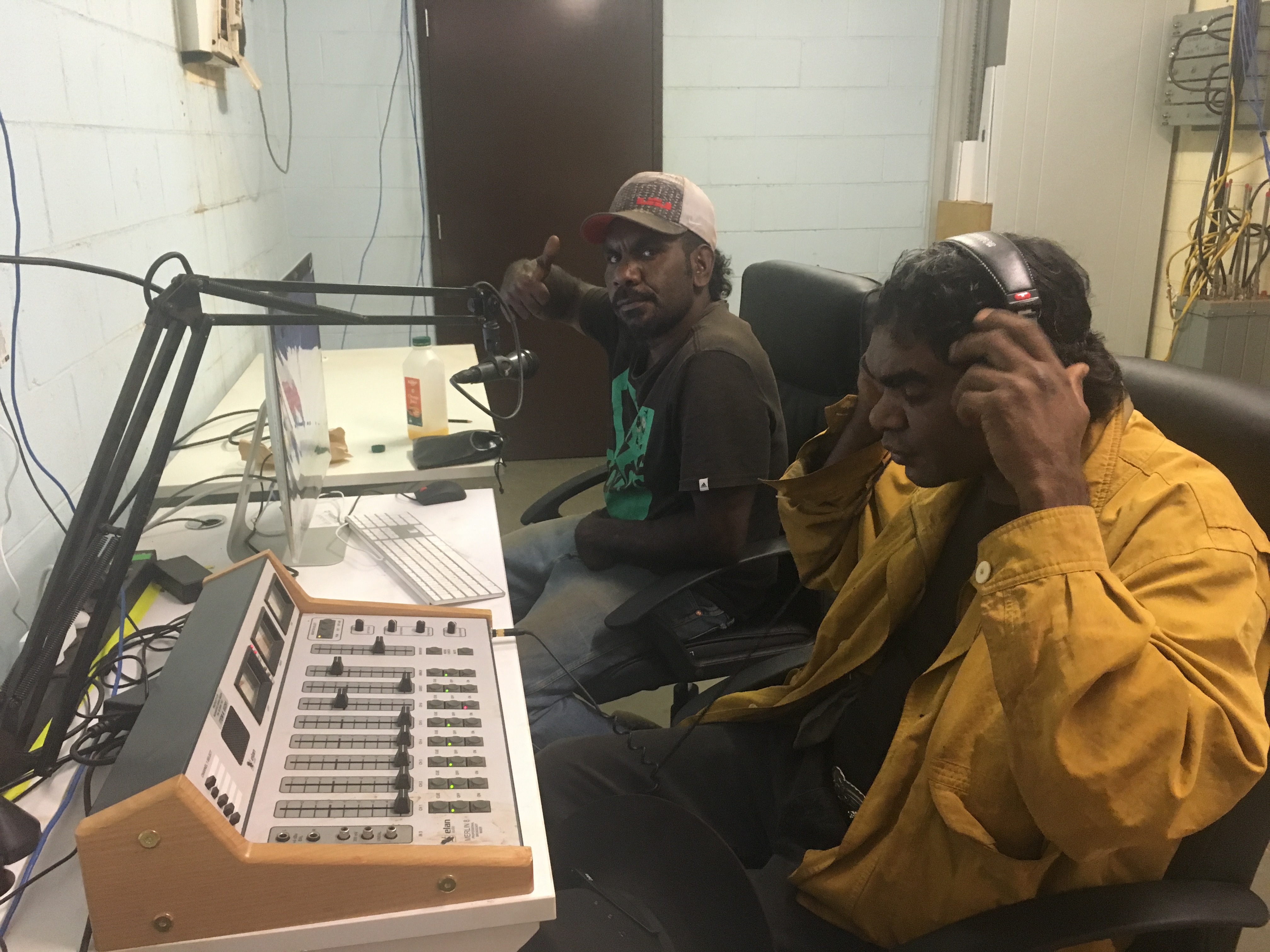 NG Media's radio trainer, Chris Tait, recently visited Wanarn and spent time with Helmut Cooke and Denzil Martin who are both keen to make use of the re-opened Wanarn RIBS studio in the Wanarn Old Store.  Denzil has been a sometime Radio NGm broadcaster previously, but is now calling Wanarn home and keen to be on air regularly.  Helmut is new to the role but Chris describes him as "a natural".

Keep your ear out for both as they take over the airwaves!