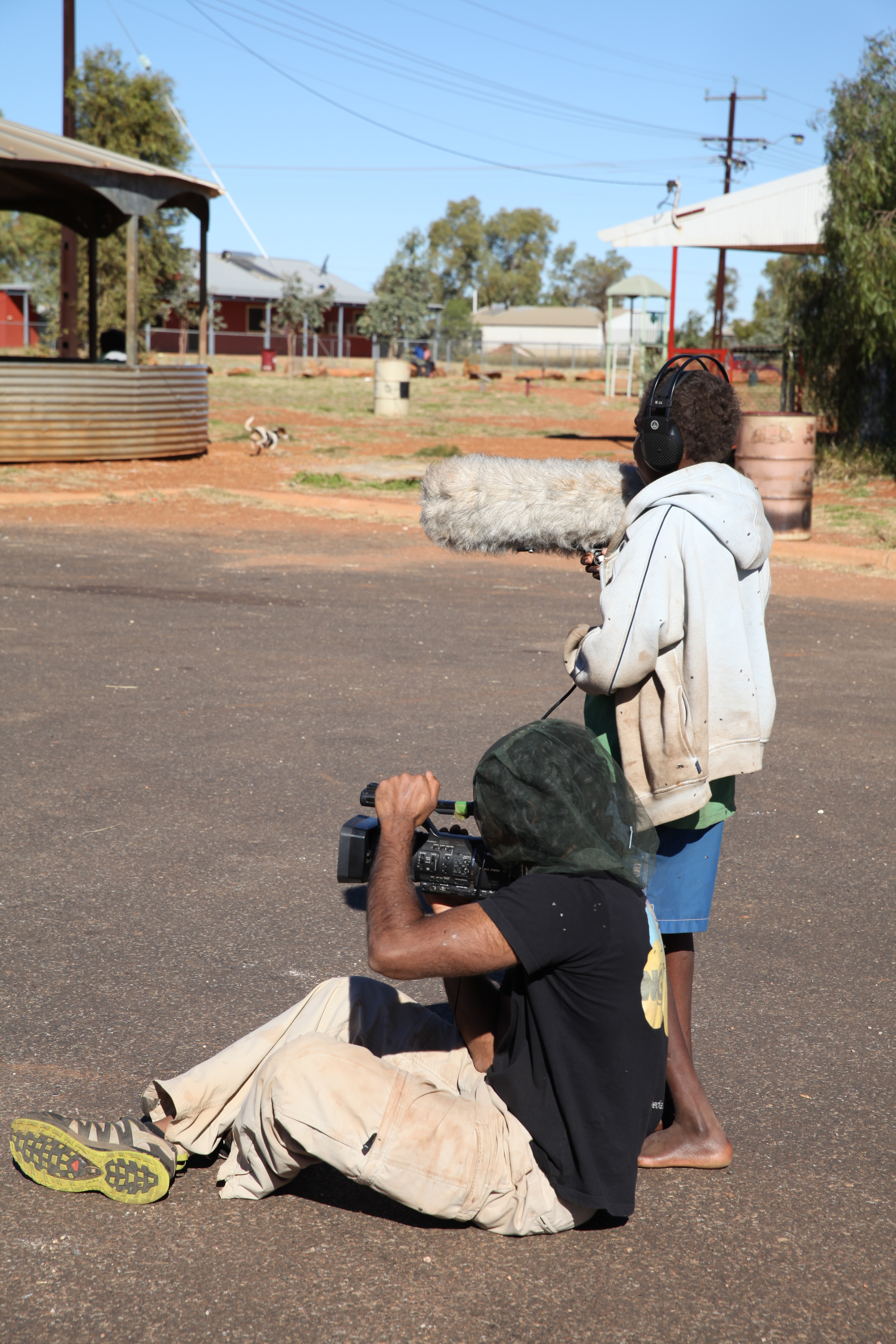 Ngaanyatjarra Health has commissioned NG Media to produce four films as part of their "Healthy Lifestyles" program.  Each film focusses on a different aspect of healthy living such as eating better, exercising, and stopping smoking.  Shooting for the first film (about stopping smoking) took place this week in Warakurna with a team of NG Media film-makers from Irrunytju and Mantamaru and local talent from the Warakurna school.

Done in just over two days, it was an intense but productive time of activity.

Three more films will be shot over the coming month or so with post production on the project expected to be completed by the end of July.