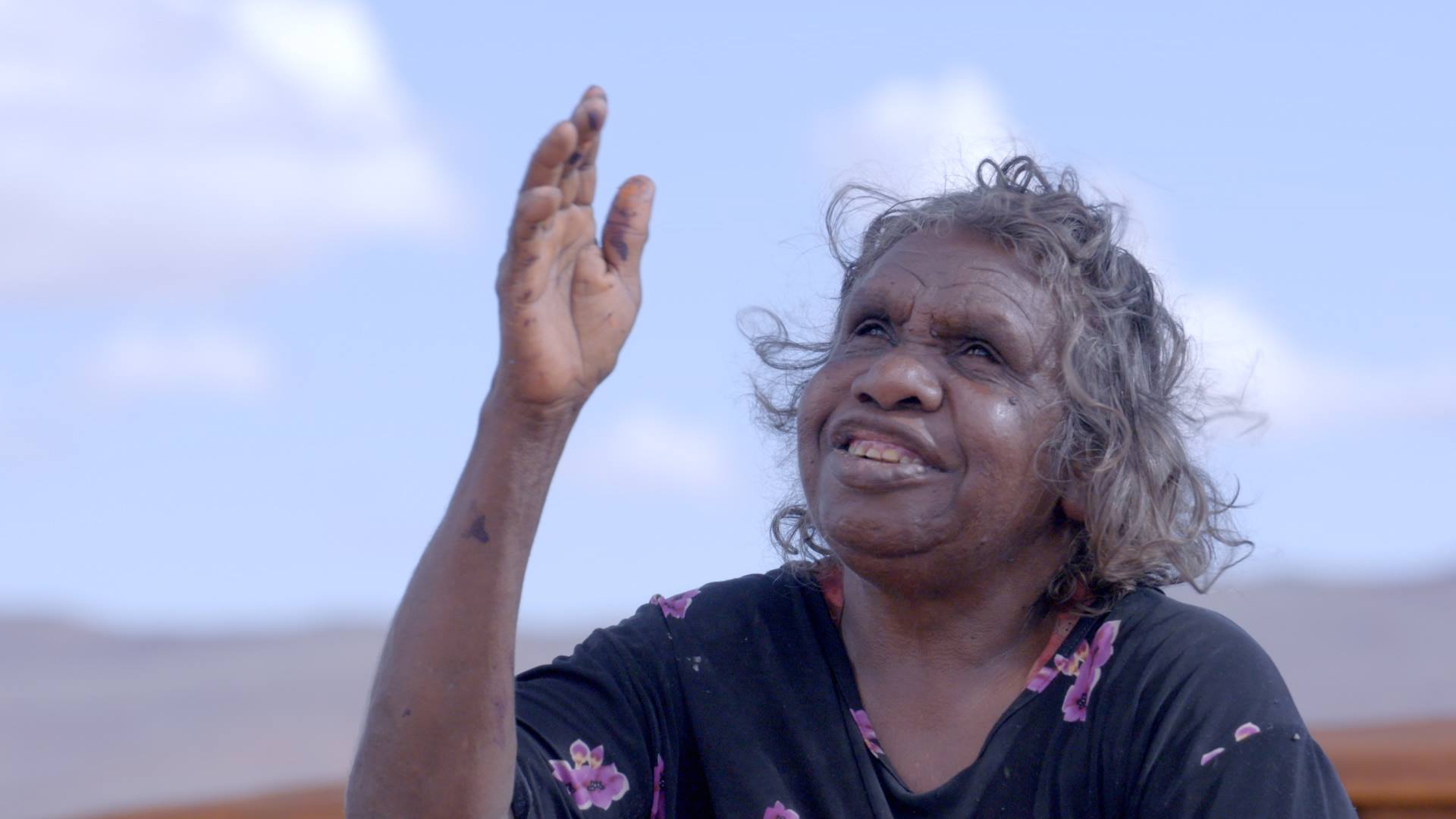 In 2013, five women set out from Wingellina to collect punu - wood for carving artifacts.  Vehicle problems and a shortage of fuel meant that they became stranded with little water.  Kapi Ungakayi (He Gave Us Water) tells the remarkable story of how they found water and survived for five days before being found safe and well.  It has been the subject of a major art exhibition by the Minyma Kutjara Arts Project at the Tarnanthi Festival in Adelaide, an award winning music video and now is being told (the women insist for the last time!) in a new short documentary.

The documentary will be screened later this year on NITV as part of the Our Stories, Our Way series and features four of the original group - Roma Butler, Ivy Laidlaw,Tjawina Roberts, and Jennifer Mitchell. The fifth lady, who has sadly since passed, is represented in the film by Rene Nelson.  Belle Davidson and Linda Eddy recreate their roles as searchers for the missing women.

NG Media's film crew has just been on location with the women to recreate and film the key elements of the story.