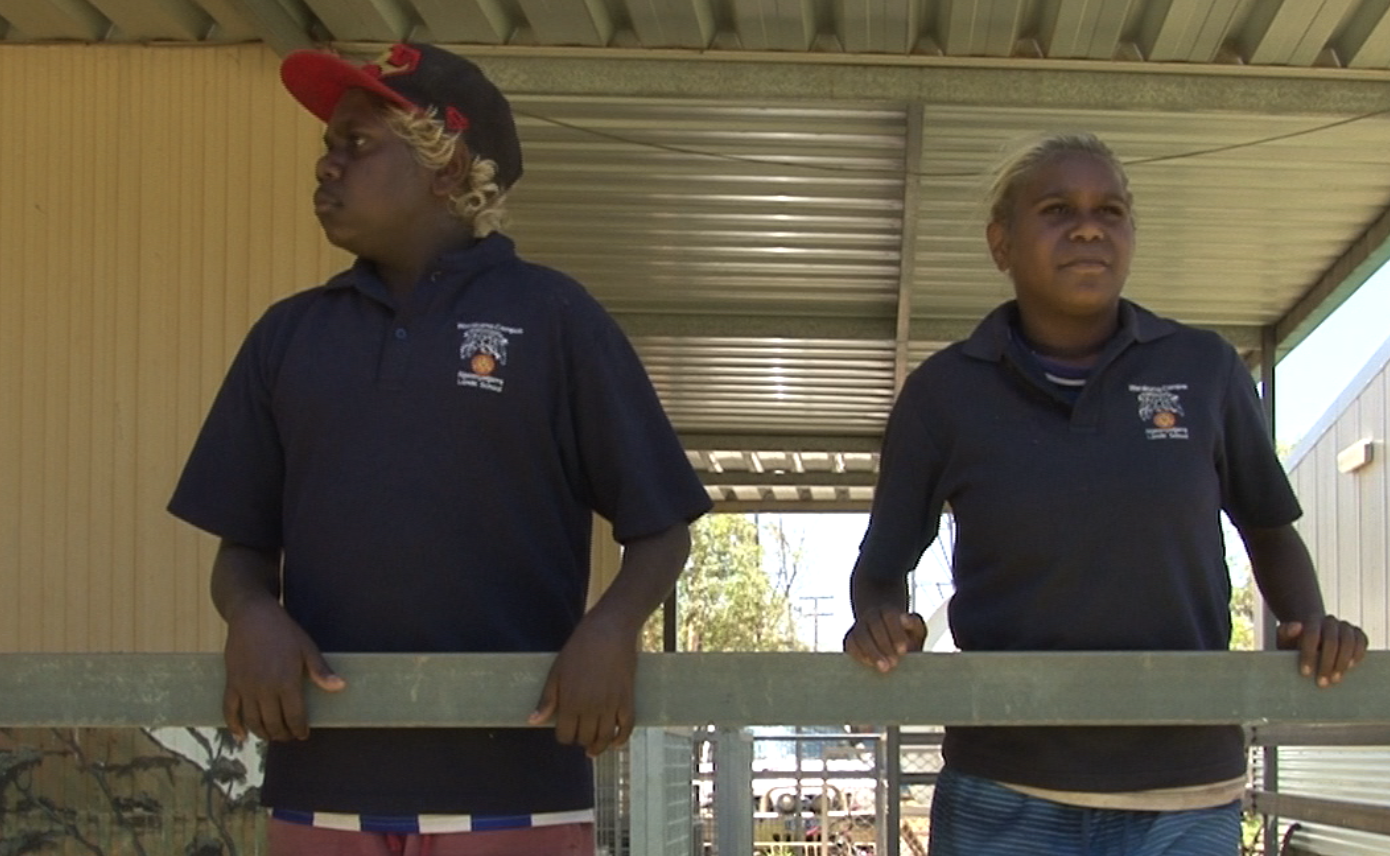 It has taken a couple of goes to get it finished, but filming is finally completed on the third film to be made by secondary students of the Ngaanyatjarra School - this time in Warakurna.  Students of Ben McDonald's class started the process back in November and came up with a story line about two new students coming to Warakurna School for the first time.  Cultural business in the community meant that there weren't enough students still in the community to complete the film that week and so NG Media returned lrecently in an effort to finish before the end of the year.

Well done to Germaine and Lucy who were in just about every shot, and thanks to Ben McDonald for all his hard work making it happen.

Additional funding for the project was also received from the Community Broadcasting Foundation and once post-production is completed, the film will be broadcast on ICTV.  Look out for it in 2016!