Production of Pitjantjatjara film project underway in Tjuntjuntjara / 31 May, 2014 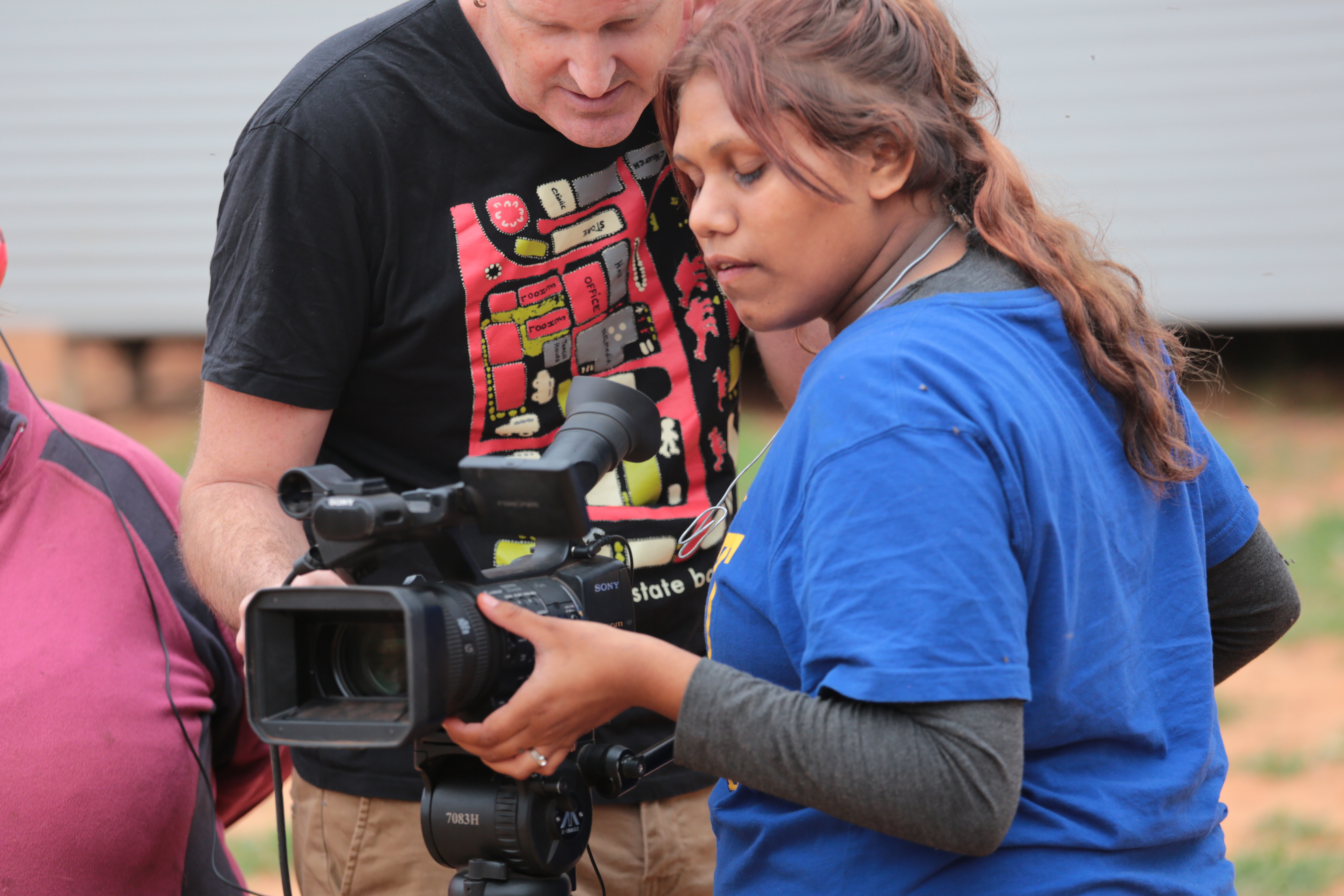 NG Media has begun work on a Tjuntjuntjara Community School initiated project that will see the production of 10 short films and 5 audio tracks in Pitjantjatjara.  A small team from NG Media has made two of a planned three trips to Tjuntjuntjara to work with the school and members of the community to produce the films.  Subject matter ranges from cultural activities to community life to school activities and as many students of the school as possible are making an appearance and learning the film-making process.  The NG Media producers have been working with a small team of older students and adult mentors, teaching them production skills - particularly the use of the camera and sound equipment, with some very good results.

The project should be completed in August.