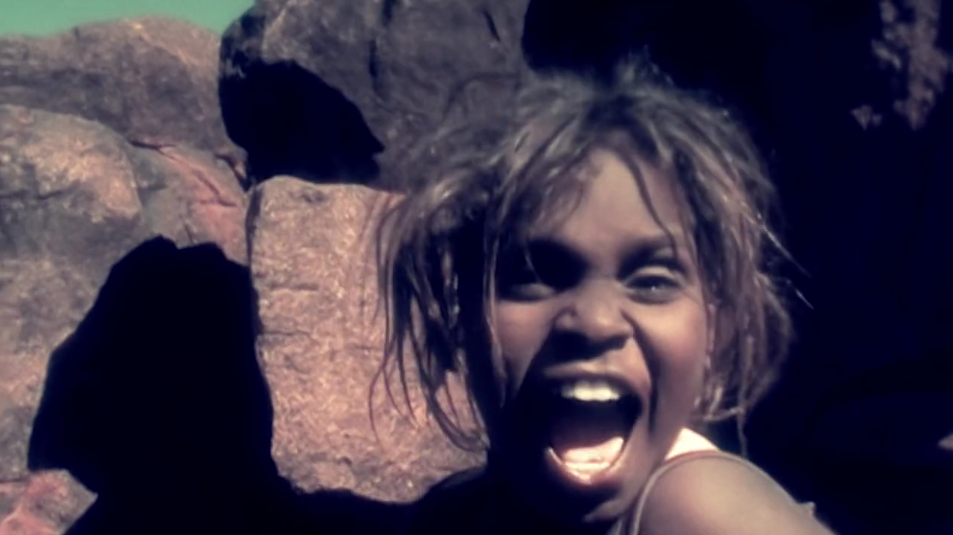 Back in August, a group of students from Wingellina, working with the NG Media team, devised and shot a "scary film" in the hills not far from the community.  Post-production on the film was completed in the last few days and the film had its premiere screening attended by the students from the school.  It was very exciting.

Teacher, Chris Hamer, summed up the reaction by saying that the students loved it.  "They have been watching it everyday and love the sound effects and the effects on the camera shots for what the monster sees".

You can see the finished film for yourself here: http://filmtv.ngmedia.org.au/player/#!/film/mamu-monster

The film was made as part of a project funded by the Commonwealth Department of Prime Minister and Cabinet through the Children and Schooling stream of the Indigenous Advancement Strategy.