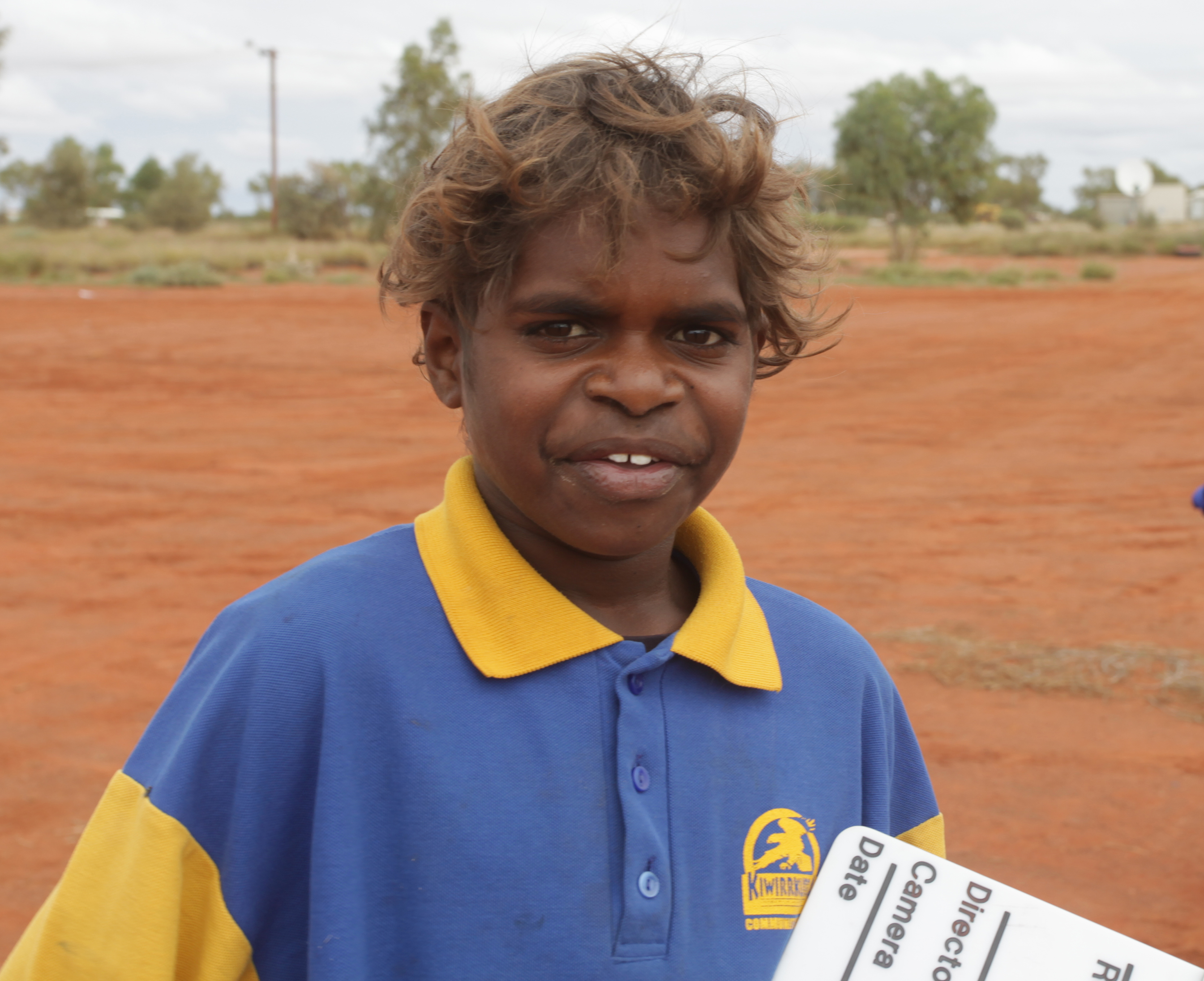 After the first visit was cut short a few weeks back, NG Media has returned to Kiwirrkurra to complete the film project with the High School students.

It was great fun working with students all keen to have a go at the camera, sound equipment and clapper board, and after three days of solid work, all the footage is now, as they say, "in the can".

With only the post-production still to be done, everyone is looking forward to seeing the completed film.  Well done everyone!