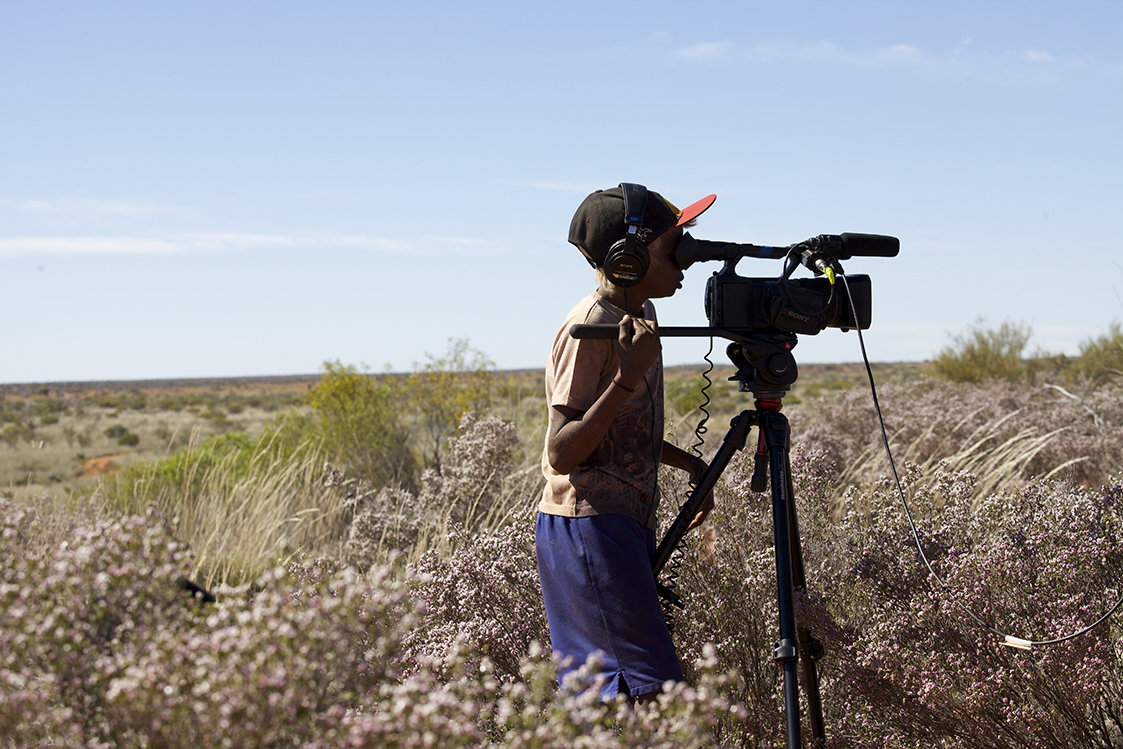 NG Media was again out and working with students from the Ngaanyatjarra School.  This time the secondary students at Wanarn were the ones coming up with the story and then working together to create their film, learning how to use the camera and sound equipment along the way.  Well done to Bruno, Kyvia, Tenelle, Rachel, Michelle and of course, Miss Tayla.  Special thanks  to Junior Bates who stepped into an adult acting role and helped the students to understand what they needed to do, and to Tinka and Luke who were fantastic in support (all photos courtesy of them).

Look out soon for the finished film on the NG Media website video player.