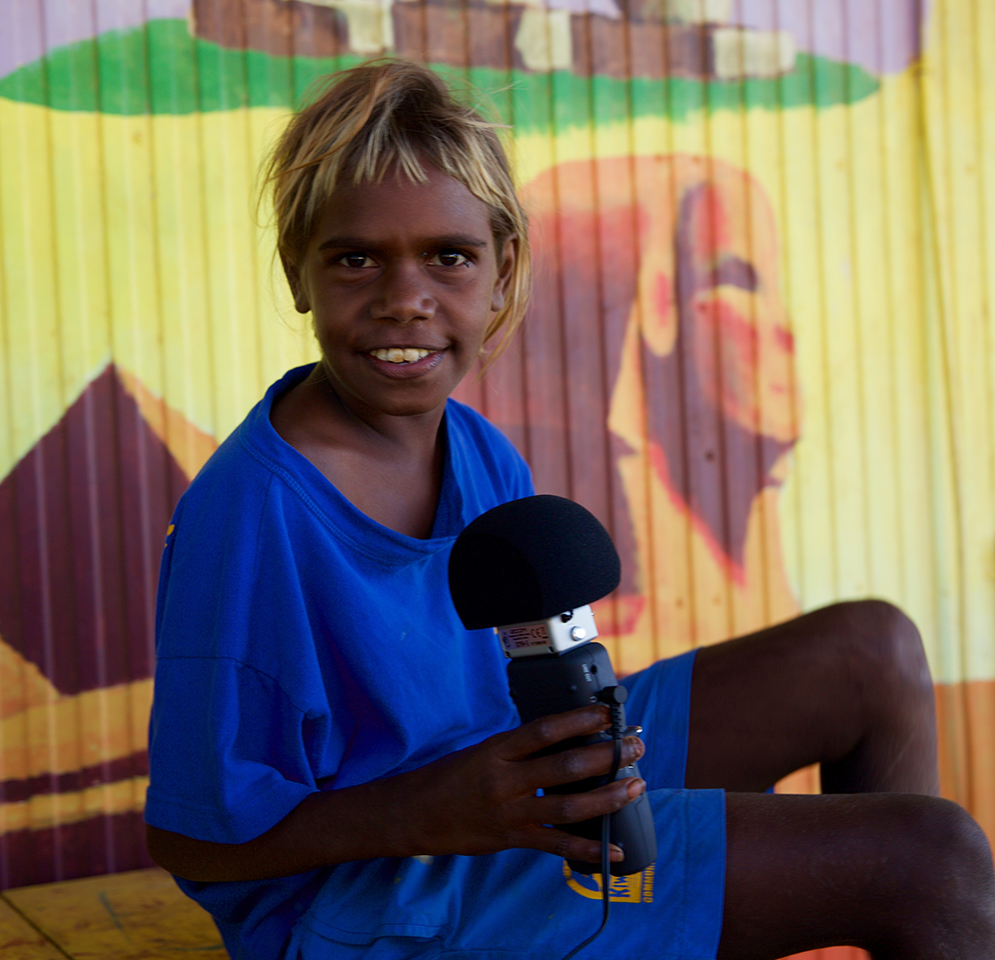 Last week Chris, Mark and Daisy travelled to Kiwirrkurra to continue the training project with the students of the school there.

Chris worked with the middle class creating radio content and producing a live broadcast.  The process involved learning basic skills, and tgetting used to the equipment – listening to themselves, interviewing each other and recording promos and station ID’s.  They then moved on to interviews techniques, developing interview questions in class such as – name, school, age, and favourite things. After set questions, students were given an opportunity to ask some unscripted questions to strengthen their independent skills. These interviews were then pre-recorded and cut up for promo use. Finally the students learned some basic radio presentation skills, . Students were given templates and they used these to build content, i.e. Looking up weather, talking about local events – music they liked and stories about the music. Then they had a go and presented a one-hour live radio show from the RIBS studio.  Great work guys!

(The radio training also involves leaving the portable recorder and kit with the school so that students can continue to independently create and broadcadt their own content.)

Mark and Daisy worked with the secondary students.   The aim here was to make a short film, starting with deciding on genre and from that developing ideas and a script, then learning how to use the film equipment - camera, sound, etc - before working out a shot list and schedule and finally shooting the film.  Unfortunately unexpected community events meant that the process only got as far as script development and learning how to use the film equipment itself, but the girls of the secondary class immediately showed themselves quick learners and filmed a series of vignettes around the school.

The film-making team will be back to finish the project later in the term.  Looking forward to it!